Gangadhar Meher University (GMU), Sambalpur came into existence on the 30th May 2015 as a unitary institution of higher learning [The Government of Odisha Order No.11598/HE Dated 30.05.2015]. That was a momentous event for the people and student community of the Western Odisha for the fulfillment of their long cherished dream and aspirations. The newly formed University replaced the erstwhile Gangadhar Meher College (Autonomous). Consequently, the entire teaching and nonteaching staff of the G.M. College were deployed to G.M. University and became the stakeholders of the newly formed GMU. This transition was indeed the crowning glory for an institution that had a humble beginning at its inception way back in the pre-independence era.

Gangadhar Meher College, one of the oldest and the largest in Odisha, owes its origin in 1944 to the strong initiative, determination and tireless efforts of the people, including intellectuals and academicians, of Sambalpur and their intense yearning for quality education. Initially known as Sambalpur College, it was later renamed in 1949 as Gangadhar Meher College after Gangadhar Meher, a renowned Odia poet and a worthy son of the soil. The College started on a modest scale with the student strength of only 192. It went on expanding and growing in stature with the passage of time. In 1944, degree programs in Arts and Commerce were introduced, while B.Sc. programs were added in the year 1957. The College reached a milestone in 1964 when Post-graduate departments were opened. Another landmark was achieved when M.Phil. programs in various disciplines were offered by the institution from 1983 onwards. Pre-Doctoral coursework was also introduced in 2012 in four subjects to meet the demand for higher education and research. From this year (2018) the GMU started offering Ph.D. programs in many subjects. The primary mission of the institution was to cater to the needs of the poor and underprivileged students of this tribal-dominated region of the State. The institution performed the role with great distinction in the subsequent years. It made rapid strides to emerge as a premier institution of the State in the domain of higher education culminating in its elevation to the status of a Unitary University. The College was able to carve out a special niche for itself in the academic landscape of Odisha. It started functioning as an autonomous college in 1991 and was controlled and managed by the statutory and the non-statutory bodies as prescribed by the UGC. On the basis of its academic reputation and its quality of institutional management and responsive administrative structure, the autonomy of this institution was extended by the UGC. Further, the institution was identified as the “College with potential for excellence (CPE)” by the UGC in the session 2004-05. The institution added another feather in its cap when it was accredited by the NAAC with an “A” grade in the session 2015-16 in recognition of its excellent performance.

The newly instituted G.M. University has taken on the mantle from G.M. College (Autonomous) and is poised to take off to new heights of excellence in the academic firmament in the years ahead. The new entity started functioning from 30.05.2015 after its new incarnation. Prof. Sudhansu Sekhar Ratha, an eminent professor of Economics and a noted economist from Sambalpur University was appointed as the OSD, while Dr. Smita Devi, Reader in English and Principal of the erstwhile (Autonomous) College was deputed as the acting Registrar to oversee the administration of the University. On 27th April 2015, Prof. Ratha was officially designated as the first Vice-Chancellor of the G.M. University.

The University provides teaching and research facilities for running Undergraduate, Post Graduate and Research programs smoothly on various subjects. This University is serving to the needs of around 5500 students at present and rendering services to the society at large. Within a short span of three years, it has already made a mark in the academic arena by providing good quality education, conducting national and international level seminars and workshops on a regular basis under the dynamic leadership, long-term vision and missionary zeal of the incumbent Vice-Chancellor, Dr. Atanu Kumar Pati. 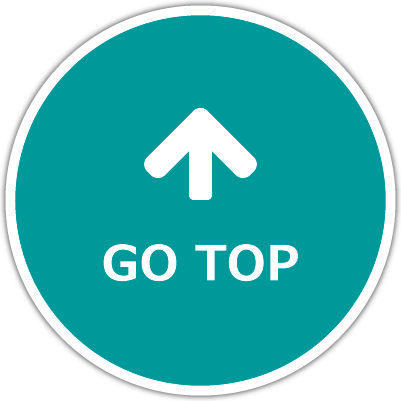